Memo to Feds: Don’t grab another acre until you can manage what you have

Home /latest_news, Public Lands, Run Amok/Memo to Feds: Don’t grab another acre until you can manage what you have

Real conservation is taking care of what you already have

The federal government’s land acquisition fund is in need of reform.

Department of the Interior Secretary Sally Jewell is traveling the country this month to promote the Land and Water Conservation Fund (LWCF), the government’s primary source of funding for federal land acquisitions. The fund, which marks its 50th anniversary next month, devotes up to $900 million each year from offshore oil and gas revenues to acquire lands for conservation and recreation purposes.

While many are praising the fund’s achievements, consider another upcoming anniversary: the National Park Service’s centennial in 2016. The National Park Service — responsible for managing “crown jewels” such as Yellowstone and Yosemite — is on track to celebrate its 100th year facing an $11.5 billion backlog in deferred maintenance projects. These include deteriorating facilities, leaky wastewater systems, and deficient roads, bridges and trails.

The Obama administration is seeking to fully fund and permanently extend the LWCF, which is set to expire at the end of the year. But instead of helping to address the unmet needs in national parks and other public lands, LWCF funding can only be used for land acquisitions. In other words, the fund allows the government to purchase more land but does not provide for the care and maintenance of existing federal lands.

The basic problem is one of incentives. National parks rely on congressional appropriations for the majority of their funding, but Congress would rather acquire new lands than deal with maintenance projects. As a former chairman of the House Appropriations Subcommittee on the Interior once put it, “It’s not very sexy to fix a sewer system or maintain a trail. You don’t get headlines for that.” This has contributed to a doubling of the agency’s maintenance backlog over the last decade.

The reauthorization of the LWCF represents an opportunity to reform the fund to address these maintenance needs and to provide the right incentives for Congress to care for the lands it already controls. In particular, Congress should amend the LWCF to require funds be used to reduce the maintenance backlog on existing federal lands before it can be used to acquire new lands.

The amount of funding that could be derived from the LWCF for these purposes is hardly trivial. From 1985 to 2010, the fund allocated $6.6 billion for federal land acquisition. (A portion of the LWCF is used to make grants to state and local governments for recreation projects, but this “state-side” program receives significantly less funding). These acquisitions only exacerbate the problem by creating more unfunded maintenance projects.

The federal government currently owns 635 million acres, or roughly three out of every 10 acres in the United States. The National Park Service manages 80 million acres, or 13 percent of all federal lands. Given the size of the federal estate, and the extent of the management needs on those lands, spending millions each year through the LWCF acquiring news lands is simply irresponsible.

The LWCF alone would not be able to solve the National Park Service’s funding issues. The agency estimates it would have to spend $700 million per year on deferred maintenance projects just to hold the backlog steady at $11.5 billion. But it can supplement other solutions that have been proposed to prepare the National Park Service for its second century (several of which I discussed last year in written testimony for the Senate Committee on Energy and Natural Resources).

Given the current management needs on the 635 million acres the federal government already controls, spending nearly a billion dollars each year acquiring more land is not what I would call conservation.

Regan is a research fellow at PERC, a nonprofit research institute in Bozeman, Mont. 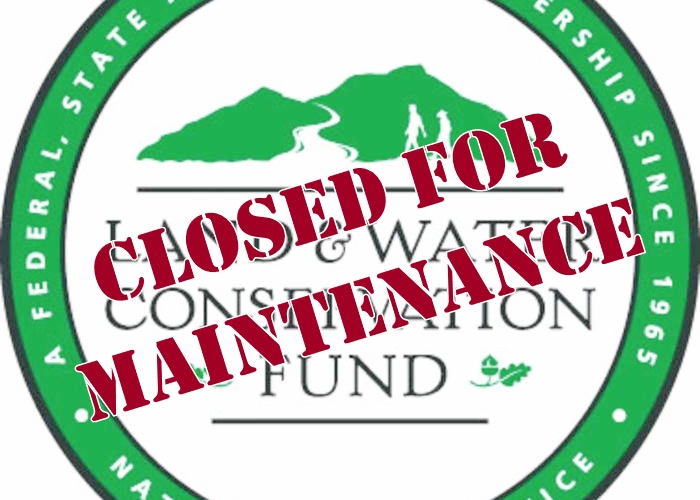