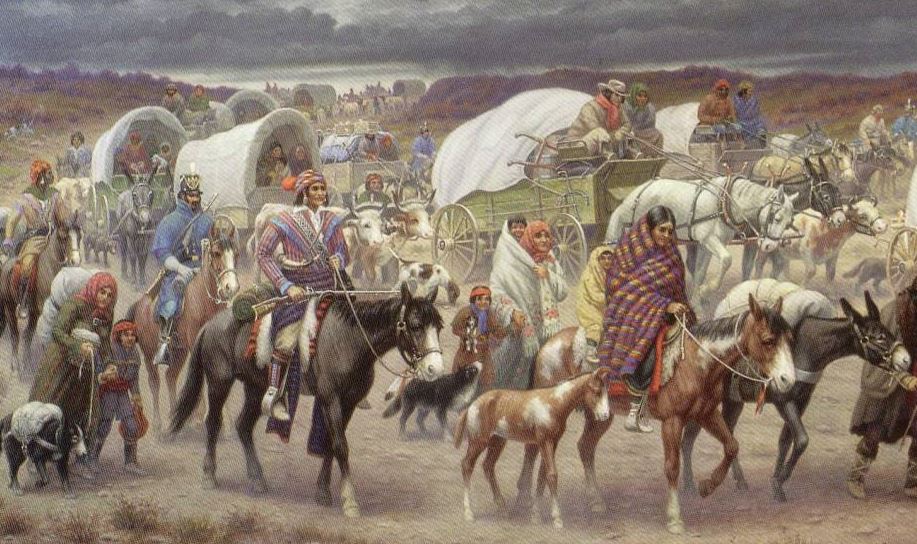 COKER CREEK, Tenn. — A section of the Trail of Tears National Historic Trail in the Cherokee National Forest preserved just two years ago is the victim of damage caused by its federal protectors, the U.S. Forest Service.

Forest Service officials admit the construction of 35 earthen berms to control erosion and discourage use of off-road vehicles along a little under a mile of the Cherokee Trail of Tears amounts to a “terrible error,” Southern Region U.S. Forest Service regional forester Tony Tooke said Wednesday in a statement.

“I have personally apologized to representatives of the affected federally recognized tribes on behalf of the U.S. Forest Service,” Tooke said. “No matter how well-intentioned our actions may have been, we recognize that we have caused emotional strife for many tribal members.”

Coker Creek Heritage Group treasurer Mary Jane Reece, who has lived near the trail for 31 years, is more than miffed about the damage.

“I can’t believe that anybody would do this. The Forest Service? It’s their job to protect it,” a steamed Reece said Wednesday, standing behind the counter at the Coker Creek Welcome Center where she volunteers.

“This whole place is precious to the Cherokee,” she said. Reece feels whoever is responsible should be punished.

Each berm on the trail makes walkers tramp up and over a fairly steep bank of dirt. The first four berms that greet visitors are three feet or more high and have equally deep pits on the far side.

Farther along the trail the berms become smaller and the pits are fewer. The roadbed of the path is from six to eight feet wide and covered in grass and wildflowers in most areas. In other areas, the roadbed is small stones and gravel.

In 2014, the land containing this Trail of Tears section was targeted for preservation in a joint effort by the Forest Service and the nonprofit organization The Conservation Fund. The protected trail also was intended to create connecting footpaths between nearby historic sites.

The Trail of Tears National Historic Trail was designated by Congress in 2009. In the Cherokee National Forest it runs in places along a section of the Unicoi Turnpike, Forest Service archaeologist Quentin Bass told the Times Free Press in 2014.

Trail of Tears Association officials also are angry about the damage.

“This is a well-known and mapped Trail of Tears path, but it was not marked because it was privately owned. This land was purchased by The Conservation Fund and held for the U.S. Forest Service,” Cherokee Nation special projects officer Sheila Bird told the Cherokee Phoenix newspaper in Cherokee, N.C. “The District Ranger failed to follow federal laws requiring consultation with Indian tribes. The Forest Service has acknowledged fault and committed to restoring the site.”

Bird and other officials note the importance of the Trail of Tears as a symbol that aids understanding of the hardships the Cherokee faced.

“Because of this incident, the Nation has been able to get a declaration that the Trail of Tears is a sacred site, which signifies that it should receive the highest level of protection from federal agencies,” Bird said.

Meanwhile, federal officials remain apologetic as they work on a solution.

“We fully recognize the significance of the Trail of Tears, and we’re humbly working with the tribal representatives and other consulting parties to develop a plan to address the damage to the trail,” Tooke said.