The case for dissolving the EPA

For decades, in administrations Democratic and Republican alike, the Environmental Protection Agency has been a paragon of waste, fraud, and abuse, a corrupt taxpayer-funded Evil Empire. “Science” there is just a tool to be manipulated in order to advance radical anti-technology and anti-industry agendas, even if it means distorting the intent of statutes and affronting common sense.

The EPA is the prototype of agencies that, driven largely by politics, spend more and more to address smaller and smaller risks. In one analysis by the Office of Management and Budget, of the 30 least cost-effective regulations throughout the government, the EPA had imposed no fewer than 17. For example, the agency’s restrictions on the disposal of land that contains certain wastes prevent 0.59 cancer cases per year — about three cases every five years — and avoid $20 million in property damage, at an annual cost of $194 to $219 million. In his excellent book Breaking the Vicious Circle, written shortly before he was appointed to the U.S. Supreme Court, Stephen Breyer cited another, similar example of expensive, non-cost-effective regulation by the EPA: a ban on asbestos pipe, shingles, coating, and paper, which the most optimistic estimates suggested would prevent seven or eight premature deaths over 13 years — at a cost of approximately a quarter of a billion dollars. Breyer, appointed to the court by President Bill Clinton, observed that such a vast expenditure would cause more deaths than it would prevent from the asbestos exposure, simply by reducing the resources available for other public amenities.

Also, perversely, the very act of removing asbestos from existing structures poses greater risk from asbestos than does simply leaving it where it is: During removal, long-dormant asbestos fibers are spread into the ambient air, where they expose workers and bystanders to heightened risk. When the EPA banned asbestos in 1989, it was already an old product whose risks and benefits were well understood. Nevertheless, political pressures from environmental activists pushed the EPA into making a decision that actually raised public-health risks. Breyer also addressed the EPA’s counterproductive efforts to eliminate the “last 10 percent” of risk from a substance or activity, noting that it involves “high cost, devotion of considerable agency resources, large legal fees, and endless argument,” with only limited, incremental benefit. Such overly stringent rules are also more likely to be challenged in court and overturned on judicial review. Breyer quotes an EPA official as observing that “about 95 percent of the toxic material could be removed from [Superfund] waste sites in a few months, but years are spent trying to remove the last little bit.”

Another example of flawed decision-making at the EPA was the imposition of overly stringent ambient-air standards under the Clean Air Act. Clean air is desirable, of course, but an ill-conceived EPA rule finalized in February 2012 created new emissions standards for coal- and oil-fired electric utilities. According to an analysis by Diane Katz and James Gattuso of the Heritage Foundation:

The benefits are highly questionable, with the vast majority being unrelated to the emissions targeted by the regulation. The costs, however, are certain: an estimated $9.6 billion annually. The regulations will produce a significant loss of electricity generating capacity, which [will] undermine energy reliability and raise energy costs across the entire economy.

One of the costliest EPA policy boondoggles is a program known as “Superfund” (officially the Comprehensive Environmental Response, Compensation, and Liability Act), which is intended to clean up and reduce the risk of toxic-waste sites. It was originally conceived as a short-term project — $1.6 billion over five years to clean up some 400 sites (by law, at least one per state and, not coincidentally, about one per congressional district). But it has grown into one of the nation’s largest public-works projects: more than $30 billion spent on about 1,300 sites. How could cleaning up toxic-waste sites not be a good thing? Well, various studies have attempted to evaluate the effects of Superfund’s massive and costly cleanups, but the results are equivocal. Put another way: After the expenditure of tens of billions of dollars, no beneficial results have been demonstrated.

On the other hand, Superfund projects have caused a great deal of harm. University of California economics professor J. Paul Leigh has analyzed the occupational hazards of environmental cleanup projects and concluded that the risk of fatality to the average cleanup worker — a dump-truck driver involved in a collision, for example, or a laborer run over by a bulldozer — is considerably greater than the cancer risks to individual residents that might result from exposures to unremediated sites. (And consider that cancer risks are theoretical estimates over many years or decades, while worksite fatalities occur during the much shorter time of the cleanup.) Even former EPA administrator William Reilly admitted that Superfund’s risk-assessment paradigms are flawed.

In a speech at Stanford University while a visiting lecturer, he discussed the excessive costs of basing cleanups on exaggerated worst-case scenarios: The risks [Superfund] addresses are worst-case, hypothetical present and future risks to the maximum exposed individual, i.e., one who each day consumes two liters of water contaminated by hazardous waste. The program at one time aimed to achieve a risk range in its cleanups adequate to protect the child who regularly ate liters of dirt. . . . And it formerly assumed that all sites, once cleaned up, would be used for residential development, even though many lie within industrial zones. Some of these assumptions have driven clean-up costs to stratospheric levels and, together with liabilities associated with Superfund sites, have resulted in inner-city sites suitable for redevelopment remaining derelict and unproductive.

The most recent new EPA travesty is new rulemaking on methane emissions, which have elicited more than a dozen legal challenges. Driven more by politics than by science, they are based on dubious data and would bring the American energy revolution to a halt, devastating not only the economy but also the environment.

The agency says it now has better data to determine methane emissions, but this claim is highly suspect, not only because of the administration’s political objective on this issue but because of the methodology. For one thing, the EPA’s latest figures are based on older sources developed in the 1990s, which has the effect of inflating the current measurements.

The EPA has chosen to ignore that the energy sector has taken numerous steps to reduce emissions. For example, fuels and oils that have been contaminated are now filtered by producers so they can be reused to yield maximum performance with fewer emissions. Birmingham’s Alabama Power has invested in technology that produces electricity more efficiently, lowering overall emissions. Since 2000, oil and gas companies nationwide have invested roughly $90 billion in technologies designed to reduce harmful pollutants.

The EPA is now using the cooked data to justify imposing much tighter limits on methane emissions from oil and gas infrastructure. For instance, other studies have found that the annual price tag to comply with these regulations could hit $800 million, and National Economic Research Associates has concluded that, by 2020, the regulations could be three times more expensive than the EPA estimate.  These costs will undoubtedly be passed on to consumers in the form of higher energy bills and more-expensive consumer products, depleting the recent energy savings consumers have enjoyed as a result of a resurgence of domestic oil and gas production. Last year, those savings saved consumers an average of $550 at the gas pump and boosted the disposable income of the average American household by $1,337.

Another effect of the EPA rule will be negative pressure on one of the American economy’s few sources of job growth: natural-gas exploration. Between 2005 and 2012, the U.S. lost over 378,000 jobs across all sectors, while energy production created more than 293,000 jobs. Hydraulic fracturing, or “fracking,” and horizontal drilling, which produce most of America’s natural gas, support 2.1 million jobs — a figure once expected to nearly double by 2025. But the new methane standards would crush job growth by impeding new oil and gas projects. Ironically, the new methane rules will also hurt the environment by crippling a low-carbon-emission technology.

As of last year, natural gas–fired power plants tied coal-powered plants as America’s biggest sources of electricity production. Because gas-fired energy plants produce 50 percent less carbon dioxide than coal plants do, the growth of natural-gas infrastructure has played a key role in reducing carbon emissions. The oil and gas industry has been very effective at reducing carbon dioxide emissions. It has invested $90 billion in zero- or low-carbon energy technologies since 2000 — almost as much as the federal government has spent on clean energy.

Finally, we and others question the EPA’s legal authority to issue such rules. Congress has passed no law that requires the EPA to clamp down on methane emissions. It appears to be yet another example of regulators’ pushing the envelope, similar to the EPA’s declarations that carbon dioxide and rainwater runoff are “pollutants.” “This is yet another example of unlawful federal overreach,” charged West Virginia attorney general Patrick Morrisey. “The rules are a solution in search of a problem and ignore the industry’s success in voluntarily reducing methane emissions from these sources to a 30-year low.” President-elect Trump has promised that his “environmental agenda will be guided by true specialists in conservation, not those with radical political agendas.”

To achieve that goal, he may need to consider eliminating the rogue EPA entirely and assigning the agency’s essential functions to other less scientifically and ethically challenged departments within the sprawling federal bureaucracy. (Recall that the EPA was created during the Nixon administration by cobbling together elements of various departments, including the Departments of the Interior and Agriculture.) Conservation of the environment is something all Americans should support, but trying to accomplish that via a corrupt, ideological, and incompetent agency is a fool’s errand.

— Henry Miller, a physician and molecular biologist, is the Robert Wesson Fellow in Scientific Philosophy and Public Policy at Stanford University’s Hoover Institution. He was the founding director of the Office of Biotechnology at the FDA. Jeff Stier is a senior fellow at the National Center for Public Policy Research in Washington, D.C., and heads its Risk Analysis Division. 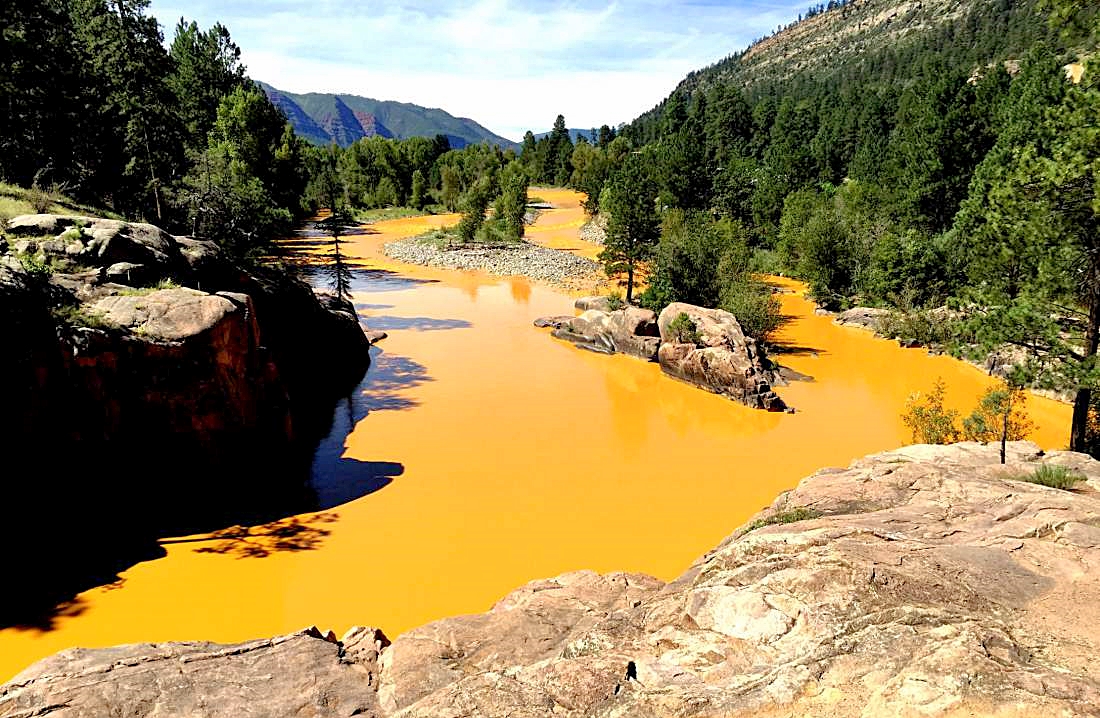